PPWC Constitution: The Lifeblood of our Democracy 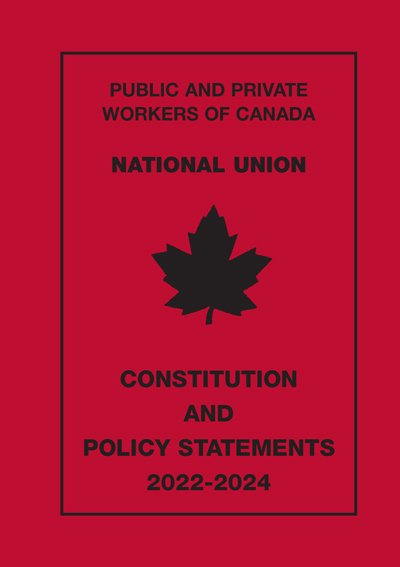 Ever since its founding in 1963, the PPWC has been a proudly Canadian union that prides itself on its democratic organization and participatory decision-making, which allows everyone from each of our locals to be an active member. The PPWC stands for the creation of a fair and just economy and society based on the ideals of democracy, human rights and equality.

As our Constitution states, “The objects of the Public and Private Workers of Canada shall be to obtain and maintain a living wage for its members, including equal pay for equal work for all members, to dedicate its effort towards the reduction of the forty-hour week and the elimination of overtime, to assist its members in retaining employment and obtaining apprenticeships in preference to those not connected with this National Union, to use every honourable method to elevate its membership in the economic, moral and social scale of life, to help safeguard the principles of democracy, to work for the establishment of political and social equality, regardless of race, colour, creed or sex, and to promote friendly relations between labour and government and labour and industry. But the PPWC will resist every effort by both government and industry to attack our basic democratic rights to strike and to collective bargaining.”