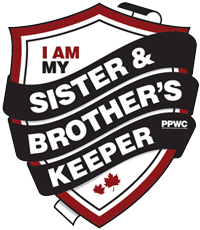 The founders of the PPWC weren’t just leaders…. 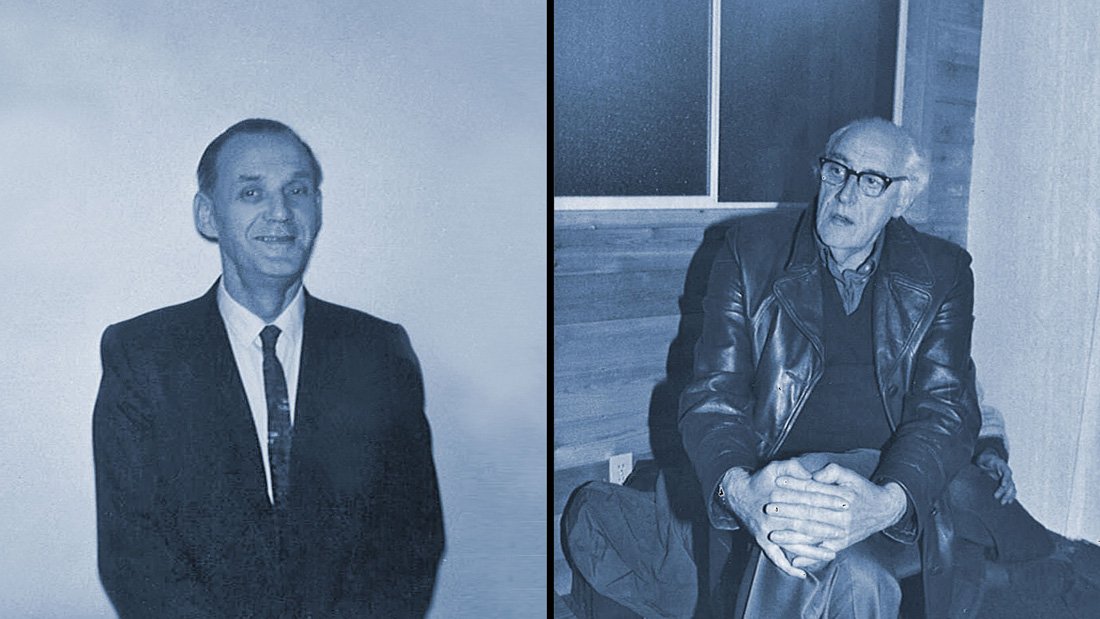 The PPWC was founded by workers in the pulp and paper industry in British Columbia in the early 1960s who wanted to create their own independent, democratic path to labour activism and workers rights. Led by Orville Braaten (above left) and Angus McPhee (above right), the Pulp, Paper and Woodworkers of Canada was founded in 1963.  Read below about the proud history of the PPWC.

The drive to unionize the pulp and paper mills of Canada are forged by two American unions: in pulp, the International Pulp Sulphite Workers Union (the International), and in paper, the United Papermakers International Union (the UPIU). These unions, of course, were American and “business oriented.” Branch plant mentality rules the day. 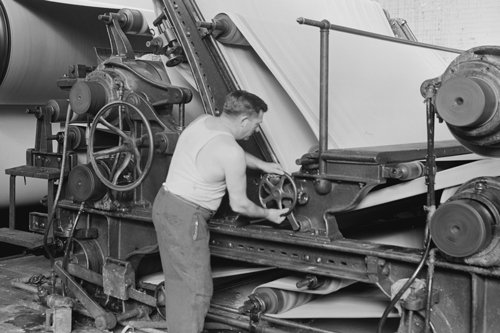 A member of Local 433 of the International Pulp Sulphite Union, Orville Braaten, speaks out against the further takeover of Canadian unions by larger, business-oriented American unions. Other members of the Western Pulp and Paper Council, including Angus Macphee, George Pembleton and Bob McCormick, join Orville in this struggle for independence. 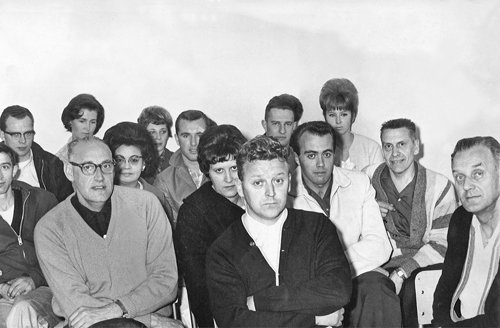 The PPWC is Founded

The Pulp, Paper and Woodworkers of Canada is founded in Castlegar, British Columbia in January 1963. CS Haviland becomes President of the union’s first local, Local 1. Bill Cox from Local 2 in Crofton becomes national president, with Evan Moore from Local 1 as First Vice-President. While traveling to an International union convention in Detroit, Braaton and Macphee cross the border and are detained by US Customs officials. Both are questioned for over six hours and probed about their socialist political activism. 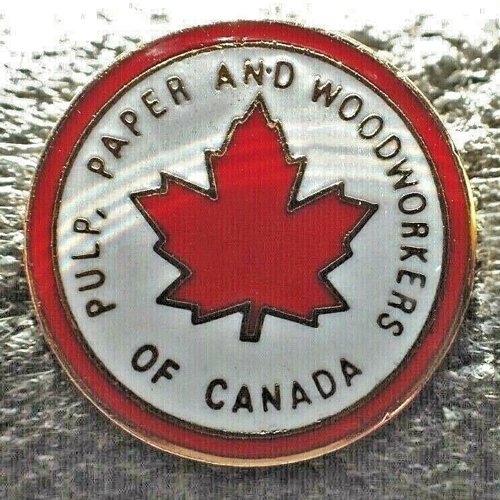 25,000 pulp and paper workers leave the American dominated “International” union.  Many of them flee to the PPWC and into Locals 6, 7, 8 and the new Local 9, led by 29 year-old Len Shankel.  The PPWC’s news magazine, the Leaflet, is founded.  The PPWC holds its annual convention in Vancouver.  Several rooms of PPWC delegates are bugged with recording devices by the RCMP (Royal Canadian Mounted Police). 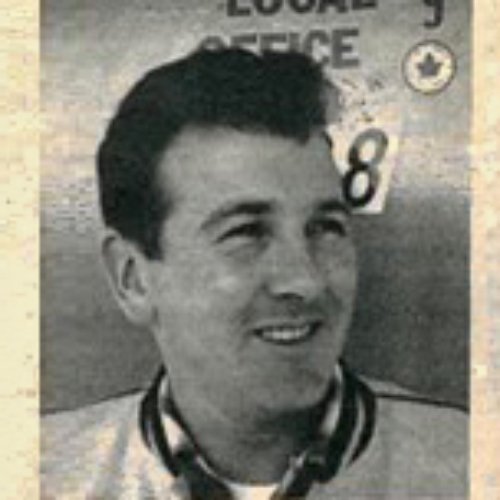 Going to Jail, Fighting for Rights

Orville Braaten is found in contempt of court for refusing to answer questions that could have been used to incriminate Angus Macphee (on trumped up charges).  Braaten is sent to jail.  The PPWC is forced to apply to the Supreme Court of British Columbia to have him released. 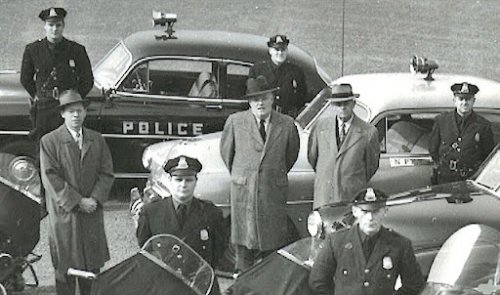 Founding of the Confederation of Canadian Unions

On June 10, just hours after giving an impassioned speech imploring workers to join PPWC Local 15, Orville Braaten, then national president, passes away from a heart attack at age 51.  Fred Mullin later becomes president, and workers in Cranbrook vote to join PPWC Local 15.  The Confederation of Canadian Unions is founded by Madeleine Parent and Kent Rowley.  It holds its first national convention in Ottawa in July.  PPWC Locals 3, 4, 8 and 11 join the CCU immediately, with others joining shortly thereafter. 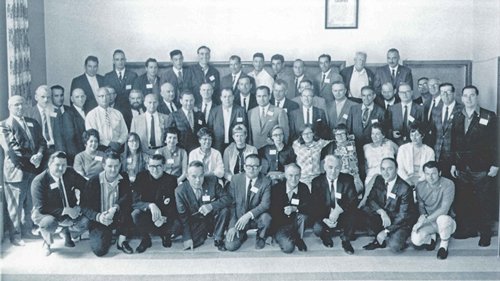 The PPWC undertakes an enormous organizing drive. Over the next few years, several new locals join the PPWC with overwhelming voting victories. For the first time in its history, British Columbia votes for an NDP government, led by premier David Barrett. 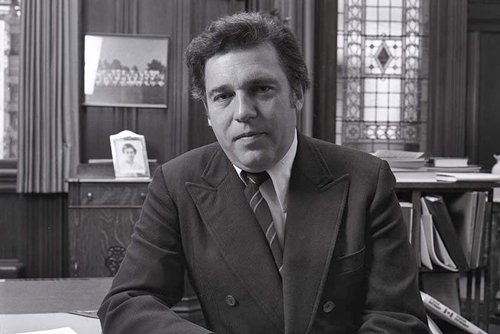 A year after the federal government institutes wage and price controls, 20 pulp and paper mills throughout British Columbia are shut down by strike action on July 16. The provincial government orders the strikers back to work in early October, with negotiations on wages continuing until the summer of 1976. 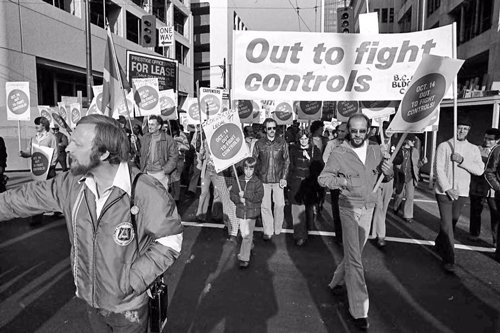 For the first time, the PPWC organizes workers outside of the pulp and paper industry.  Hotel, bar and restaurant workers join PPWC Local 6.  Later, Locals 26 and 29 include public educational workers at colleges.  The addition of public sector workers to the PPWC demands an entirely new form and style of collective bargaining. 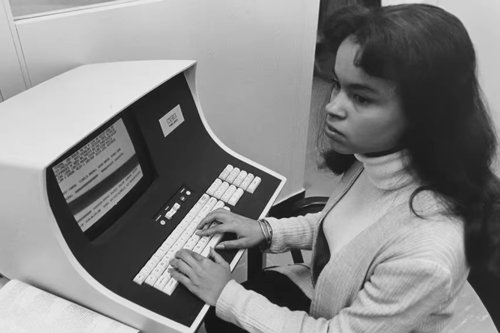 Angus Macphee retires as PPWC National president.  At his final convention, taking place in Prince Rupert, a motion passes referring to him as “one of the founding fathers of the Pulp, Paper and Woodworkers of Canada.”  Jim Sloan is elected as new president. 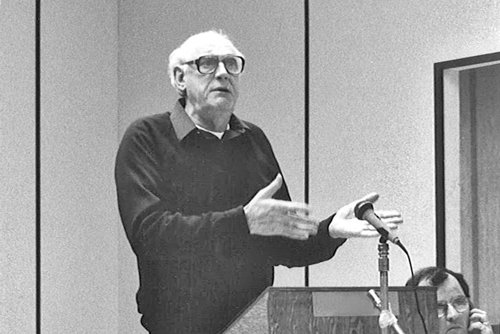 Protecting Indigenous Rights and the Environment

The PPWC celebrates its 50th Anniversary.  The union continues to work with Indigenous communities and environmental organizations to help protect old growth forests, stop raw log exports, and lobby the provincial government to preserve jobs in the pulp and paper industry. 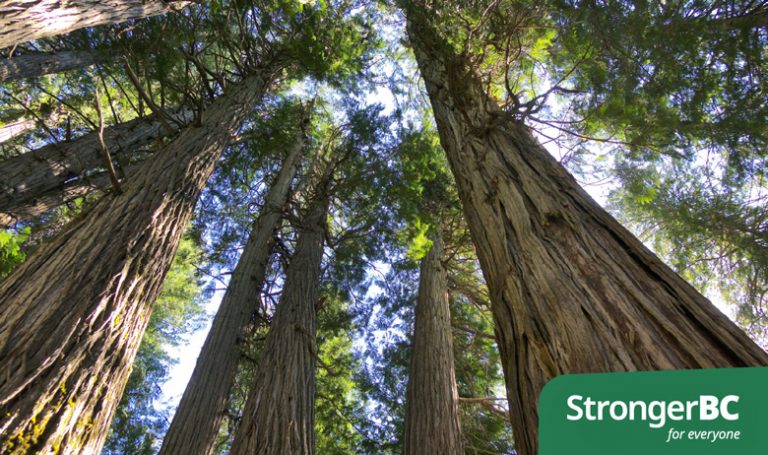 At the annual convention in Prince George, delegates vote overwhelmingly in favour of changing the name of the union to the “Public and Private Workers of Canada,” symbolizing its ongoing efforts to organize younger workers outside of the traditional pulp and paper industry.  President Arnold Berkov announces: “We have changed the name to more accurately reflect who we are, what we have become, and where we are heading… We have kept the same acronym to show respect to the history we have built in this province.”