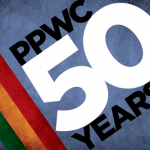 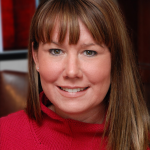 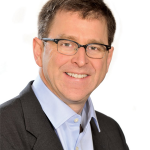 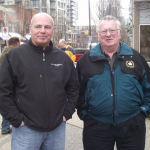 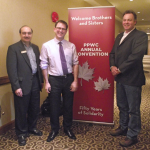 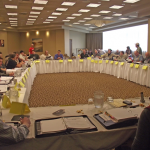 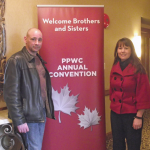 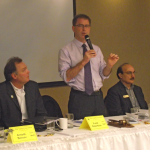 Another convention has come and gone, but this was unlike any other.  It was our 50th annual convention.  A big congratulation has to go out to everyone who organized this education-filled week, including the labour school.  There was something for everyone to take away from it.

Labour school on Monday morning started out with PPWC First Vice-President Frank Robertson speaking about organizing. With all the locals wanting to expand and to reach out to more than just pulp and lumber industry workers, what he said is very important.  In the afternoon, Jitesh Mistry, labour lawyer with Black Gropper, who spoke about the legal side of organizing.

On Tuesday morning CCU President Joanie Cameron Pritchett and Vice-President John Hanrahan talked about how to “Organize the Organized”.  They talked a lot about how employers are using propaganda to make it appear unions are “bankrupting companies” by out of control wage hikes.

On March 5, the 50th convention was officially opened by President Chris Elias, with a moment of silence for all the Brothers and Sisters who had pass away since last convention.  Joanie Cameron Pritchett and John Hanrahan spoke again on events taking place in the CCU and how beneficial it is for the PPWC to be a member.

Chris Elias then presented her report, discussing the PPWC’s proud “50 years of Solidarity”.  She also mentioned how a business agent from another union was bragging that at their recent convention, 60% of delegates were rank and file members.  Chris then told us to look around the room, where 100% were rank and file members, something we all should continue to strive for.

Chris shared an excerpt from a letter from a Local 2 member that was in the Leaflet in 1997:

“It was my involvement in the PPWC and the CCU that convinced me that unions weren’t a bunch of loud-mouth big shots working out of some office somewhere, but real people who work alongside you on the shop floor and fight for the same things you fight for. I belong to an organization where anybody who willing to make a difference can be the difference…. Democratic unions and organizations like the CCU are only as effective as the people they represent. Working people all over this country are in the fight of their lives. We have a choice. Either we take charge of our own destiny or others will do it for us. Support your local union and CCU delegates.”

Chris then spoke about the new logo and website that Sean Cain from Better World Communications designed, and that she had met him through YUSA and the CCU.  She mentioned that she attended most Pulp Pension Board meetings as an Alternate Trustee. She and Frank Robertson are in negotiations with the developer of the building next door to the National Office.  Chris also touched upon all the issues at Local 2 Crofton and hoping they can be resolved favourably.

Frank Robertson discussed how the global economy has made it difficult for unions to function effectively.  He spoke about how he and a few other members of various locals have been busy organizing.

Frank then discussed the various meetings he had attended this year.  He touched upon the Pulp Wage Caucus having three meetings since last March, as well as the Pre-Wage conference the last week of January, and at the end of the five days they had an agenda for presentation to the industry.  Frank spent some time with Brother Paul Zarry in meetings with Catalyst management but had separate himself.

Seth Klein from the Canadian Centre for Policy Alternatives also spoke on taxes, this was very informative for convention goers.

On the second day, PPWC Second Vice-President Gerald de Jong, along with Arnold Bercov, met with Local 2 President Paul Zarry and his executive to answer questions about his own locals’ experience of the 2008 Bankruptcy.  Gerald then discussed the various rallies and conferences he has attended this year and how successful they were.

Our Environmental Officer, Stuart Blundell, stated how the PPWC has played an important role in helping form or change public opinion, as well as government policies and regulations, on many important issues throughout our history.

Stuart spent a lot of time working with Marc Lee from the CCPA, and Jesse Singer, a master’s student at UBC, on a research project called Just Transitions in BC: A Framework for Dealing with the Employment Impacts of the Shift to Low-Carbon Economy.  The project is exploring the challenges and opportunities workers in our industries face in response to potential provincial greenhouse gas emission-reduction policies.

Stuart attended a BC Natural Resource Forum, which covered everything from gas exploration and production to the bio-energy industry.  Stuart found it was an interesting two days and was able to speak to others about doing presentations at the upcoming Environmental Seminar, coming up May 1-4 at the Chateau Granville.

Building on Our Successes

After Stuart’s report, we broke away from convention to show support to our Local 2 Brothers and Sisters by heading up to the Superior Court House and sit in on the Catalyst court proceedings.  Some of the members were able to get in but the court room was too small for everyone.  Although Local 2 appreciated the support.

The Occupational Health and Safety Officer Wayne Warawa reported on four conferences, including both Safety Conferences, WCB Claims and Appeals Seminar, and the Health and Welfare Committee Training.

Wayne also talked about two ongoing WCB claims that are being processed.  He pointed out some of the PPWC accomplishments of the past, such as advocating against and banning harmful chemicals in the 1980s.

BC NDP Leader Adrian Dix, and NDP MLAs Norm MacDonald and Raj Choutan also attended, and after a lot of hand shaking and picture taking, each gave a speech on how the NDP will help our Province, if elected.

The Forest Resource Officer, Arnold Bercov, then addressed the delegates.  Arnold organized a log export rally in Nanaimo and attended a gathering in Victoria which focused on log exports and forest management.  He also talked about speaking engagements and meetings that he attended throughout the year.  Arnold has finished his three-year term on the FSC board and is gratified at his accomplishments during his term.

Bonnie Horswill gave a short report on the Leaflet, the official magazine of the PPWC. She mentioned there will be two new regular contributors to the Leaflet: CCU President Joanie Cameron Pritchett and Jeremy Christensen of Local 15.

Nominations were held for full- and part-time officers.  They went as follows:

On the last day of convention, there where committee elections a follows:

Local 15 will host convention next year.  Until then, good luck and see you next year.