The Public and Private Workers of Canada acknowledges National Indigenous Peoples Day on Monday, June 21, 2021. This is the National 25th anniversary of celebrating the heritage, diverse cultures and outstanding achievements of First Nations, Inuit, and Métis peoples in Canada!

1876: Indian Act Passed.  This act takes away the rights of the Indigenous people to self-govern, who instead must follow the rules of the federal government.

1960: The Right to Vote: The Indigenous people are finally granted the right to vote.

1982: The National Indian Brotherhood calls for June 21 to be recognized as a National Aboriginal Solidarity Day.

To learn more about Indigenous people and their contributions to our nation, there are a host of virtual resources available on the Government of Canada website; National Indigenous Peoples Day. Here’s a few to get you started.

Truth and Reconciliation – Indigenous Peoples of Canada Atlas of Canada

Haida – The Creation of Haida Gwaii

Pieces – CBC Listens podcast series on Indigenous Identity, Part 1: Who am I? 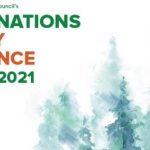