PRINCE GEORGE-Two of the country’s largest pulp and paper unions, Unifor and the Public and Private Workers of Canada (PPWC), have ratified a new collective agreement for 900 workers at Canfor.

“Forestry workers at Canfor should be proud of the work done by their bargaining committee to set a pattern agreement with strong gains, particularly for mental health support,” said Scott Doherty, Unifor Executive Assistant to the President and lead forestry negotiator. “This is a positive step forward for workers and sets the standard for other forestry agreements across the western region.”

The four-year deal sees a first year lump sum of $5,000 followed by annual wage increases of 2.5%, 2.5% and 3%. There are improvements to the temporary and indefinite curtailment language, and an improved benefits package, including a substantial increase in the annual clinical psychologist benefit.

Unifor and PPWC agreed to work together to set strong standards for pulp and paper workers through this round of collective bargaining. This agreement with Canfor covers 900 members at Unifor Locals 603 and 1133, and PPWC Local 9 in Prince George, B.C.

This round of bargaining sets the pattern for 5,500 members from 13 Unifor and five PPWC local unions in B.C. and Alberta, in a sector crucial to Canada’s economic recovery.

PPWC is a union that represents thousands of forestry workers throughout British Columbia.

Unifor is Canada’s largest union in the private sector and represents 315,000 workers in every major area of the economy. The union advocates for all working people and their rights, fights for equality and social justice in Canada and abroad, and strives to create progressive change for a better future.

For media inquiries, or to arrange interviews via Skype or FaceTime, contact: 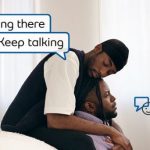 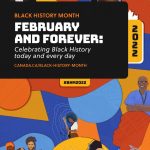